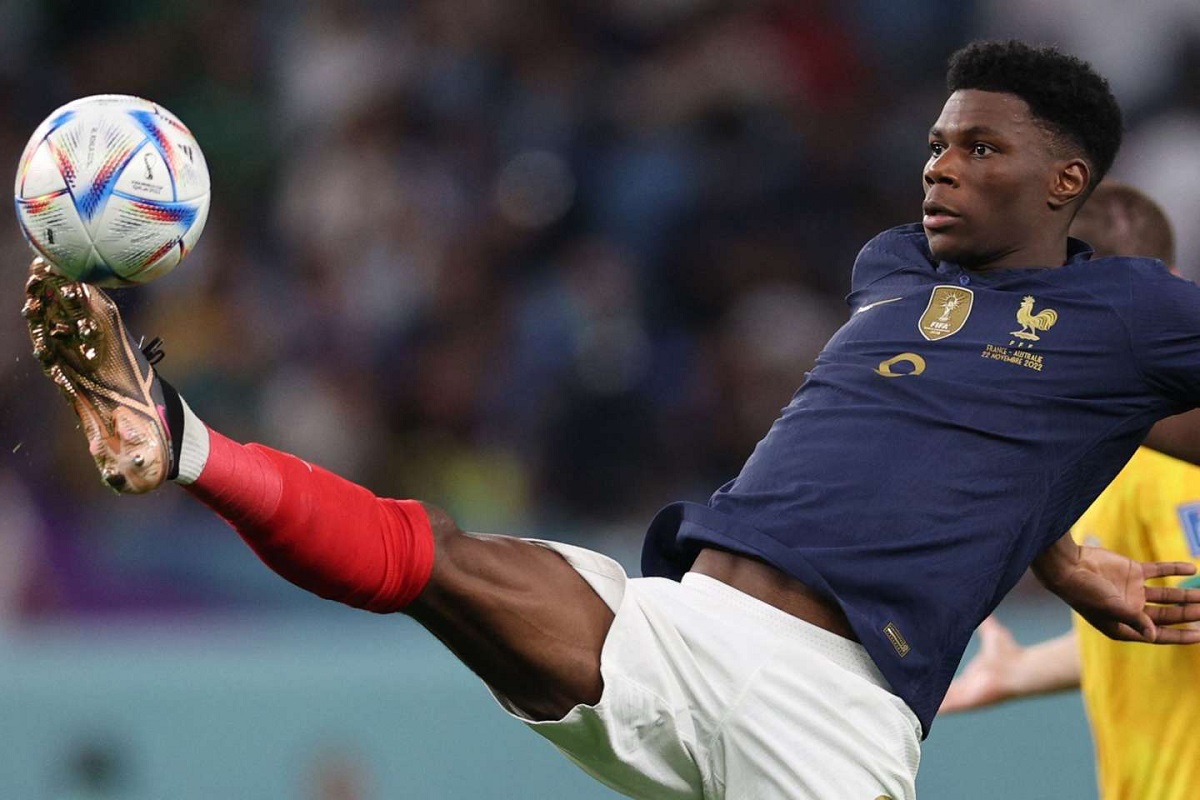 1. Who is Aurélien Tchouaméni?

Born in Rouen in 2000, Aurélien Tchouameni has played for the French professional Bordeaux club since he was 11 years old. During his years in training, the midfielder joined the various youth selections of the France team. He has 48 selections and is currently evolving with the U20 selection. After having largely contributed to the title of champion of France U19 during the 2016/2017 season, the midfielder made his professional debut in a Europa League play-off match against FK Ventspils (the Latvian football club) in the summer of 2018. In 2019- 2020, he participated in the 2018–19 Ligue 1-season matches with Bordeaux FC and made one assist. He joined AS Monaco on January 29, 2020, for five seasons. In 2020-2021, he ended up having an exceptional season which saw him crowned with the championship’s best hope trophy. On August 26, 2021, Didier Deschamps summoned him to play for his first selection for the national team, taking his first steps into the French national team. Aurélien Tchouaméni, a victim of a calf crutch was absent from the meeting of the French national team before the semi-final against Morocco. But during the finals, the Frenchman was capable enough to play but missed the penalty shot.

2. His incredible cannon shot goal against England was marvelous:

After a rather balanced start to the match, in the 17th minute, taking advantage of a rare moment of freedom about twenty meters from the English goal, Aurélien Tchouaméni tried his luck, unleashing a powerful strike. He took it well, the ball crossed a forest of English legs to lodge in the small right net of the English goalkeeper, Jordan Pickford.

Monkey emojis under Instagram photos and racist insults by the thousands, crudely edited photos. Since the finals of the 2022 World Cup and the defeat of the French against Argentina in the World Cup final, the France team has experienced a surge of racial hatred on social networks.

But this wasn’t the first time on August 3, 2021, during the Champions League, following a defensive midfield match, many Sparta Prague supporters launched many racist crimes against him.

After the defeat on penalties in the final of the 2022 World Cup in Qatar against Argentina (3-3, 4 pens to 2), Aurélien Tchouameni was exposed to such extreme waves of racist insults on social networks, that he had to disable comments on his account.

On his Instagram account, the seven-time Formula 1 champion Lewis Hamilton, used to express himself in the fight against racism, wanted to defend the French player and his teammate stating:

“Disgusted but not surprised. Aurélien Tchouaméni and Randal Kolo Muani gave their all. They are heroes to so many and deserve nothing but respect. Hats off”.

5. Aurélien Tchouaméni is a fan of his father:

From Rouen, the defensive midfielder discovered football at the age of 5 after he watched his father play in the football company. Then, he joined the Girondins Bordeaux FC club at the age of 11. During his years of training, he participated in the various selections of young people for the France team.

6. A very good start with the Girondins Bordeaux FC:

In 2018, the defensive midfielder took part in his first match for the first team. From his first meeting, the player becomes a starter. Three months later, he scored his first goal. But his first appearance in Ligue 1 was not very conclusive. Indeed, the Bordelais lost two to zero against the Strasbourgeois football club.

7. The player adapts to AS Monaco, despite difficulty:

On January 29, 2020, Aurélien Tchouameni was transferred to AS Monaco. His first season is not very glorious. He can not get the confidence of the coach, Robert Moreno. The latter replaced Leonardo Jardim during the winter break. But the defensive midfielder remains mostly on the bench. Aurélien only took part in three matches until his second season where he is more involved in the field.

On January 23, 2021, the footballer scored his first goal in his new colors and was close to winning the Coupe de France with his team. Also, Aurélien was voted best hope of the season in Ligue 1 at the UNFP trophies.

Jumping from AS Monaco, the defensive midfielder who once received an annual salary of 1 million euros (excluding bonuses and sponsors), now gets 8 million!

If Real Madrid has failed to secure the services of Kylian Mbappé for the coming seasons, the FC will be satisfied with the recruitment of one of the most promising midfielders – 80 million euros (excluding bonuses) were spent to snatch Aurélien Tchouaméni from the clutches of the French’s other suitors.

Real intended to subdivide the former ASM, with a salary similar to Militao and Rodrygo.

In Madrid, the emoluments of the 22-year-old French international should oscillate between 7 and 8 million euros annually here expressed in net, during the entirety of his contract, which was signed until June 2028.

Prior to this, he earned around 660,000 euros gross annually, with AS Monaco. However, he will remain less well paid than Vinicius Jr, who should soon extend for ten million net per season, which is among the highest salaries amongst the team.

Some say that Aurélien Tchouaméni could have earned more than if he was at PSG, or at Liverpool, as two of the clubs have shown themselves to be the most interested in the player. For a few years now, Casa Blanca has begun to rejuvenate its workforce, with the recruitment of players like Eduardo Camavinga, and the former midfielder trained at FCGB is part of this line.

9. He grew up in Bordeaux, but is of Cameroonian origins:

The midfielder of Cameroonian origin has not always lived in France, where his career began. He was born in Rouen, in Seine-Maritime, on January 27, 2000. His father is a pharmacist and manager in the pharmaceutical industry, his mother is a senior education advisor. He has a younger brother and a younger sister. His family lives near Lyon. His parents support him a lot.

The Tchouameni family left Rouen when Aurélien celebrated his first birthday, thus following his father’s professional development in Dijon, then in Bordeaux in 2005. He started football in Gironde and joined the Girondins at  age 11, turned professional there in 2018, before leaving his training club in 2020.

10. A footballer who loves basketball, and other hobbies:

The footballer is passionate about basketball and in particular, is inspired by LA Lakers basketball player Kobe Bryant who at 41 died. The celebrity, therefore, pays him a last tribute on his Instagram account, explaining that by his determination and his professionalism, he remains an example to follow as an athlete.

One of his favorite music is hip hop. The sportsman was able to appear in photos with beautiful luxury cars. Also, he likes to wear designer clothes. Thus, he is a person who loves comfort very much.

9 Simone Alexandra Johnson Facts To Know Before She...