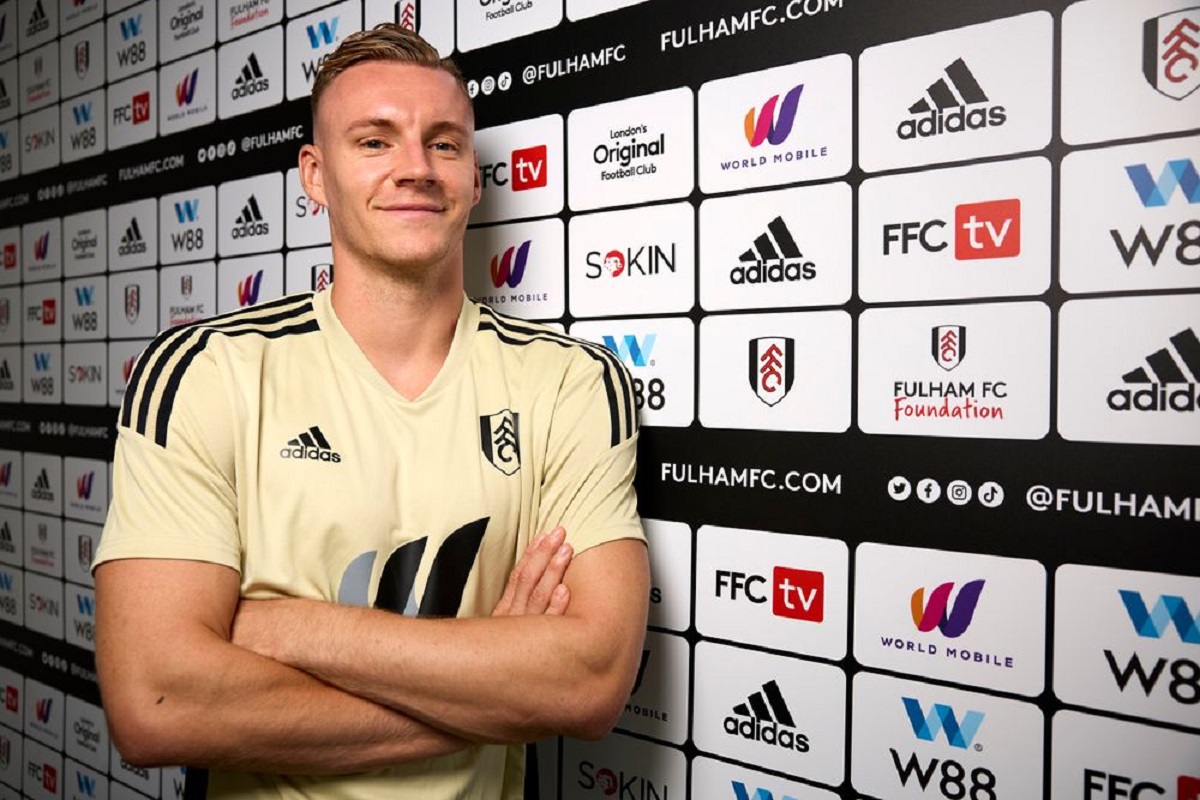 Bernd Leno has been a staple for Arsenal FC for 101 games. But now, the German goalkeeper has finally moved on from the Gunners. However, Bernd Leno has not left the Barclays Premier League or London for that matter. He has joined Arsenal’s recently promoted crosstown rivals, Fulham FC. In this post, we will find out more about Bernd Leno. Let’s get started.

Bernd Leno: All You Need To Know

When was Bernd Leno born?

Bernd Leno was born in March 1992 in Baden-Württemberg. His parents originally lived in the Soviet Union but moved to Germany before he was born. He has a brother.

Bernd Leno laid the foundation for his career as a footballer at the age of six. In 2003 he began to play in the youth department of VfB Stuttgart. In December 2009 he made his debut with the club’s reserve team in the third division. In 2011 he signed his professional contract and became the third goalkeeper in the senior team.

In the same year, Bernd Leno was loaned out to Bayer 04 Leverkusen. Just a few days later, the footballer made his Bundesliga debut at Bayer. Leno also played his first Champions League match in 2011 in his profile. At just under 19, he was one of the youngest German goalkeepers to play in a top-flight game. At the beginning of 2012, the goalkeeper signed a full contract with Bayer 04 Leverkusen.

How did Bernd Leno move to Fulham FC?

This change has been apparent for many weeks – and after successfully completing the medical check, everything was clear: Bernd Leno was moving from Arsenal FC to Fulham FC in London to be number 1 in goal again.

But Leno wants more from the oldest active professional football club in the British capital – founded in 1879. With good performances, the long-time Leverkusen player (2011 to 2018) intends to stay up in the league and at the same time “dive” into the field of vision of national coach Hansi Flick. Leno finally pursues the plan to jump on the wintry World Cup train to Qatar as part of the German football team.

What kind of contract has Bernd Leno signed with Fulham FC?

Bernd Leno has signed a three-year contract plus an option until 2026. The fact that Fulham’s commitment to Leno was somewhat delayed was due to the negotiations. The Gunners, whose coach Mikel Arteta demoted the German keeper last season and replaced him with 24-year-old Englishman Aaron Ramsdale, vehemently insisted on a double-digit transfer fee, according to media reports. In the end, it should have been eight million pounds, a little less than ten million euros – including a contract until June 30, 2025 with the option of an extension for a further twelve months.

“I’m relieved that everything is done. I’m just happy to be here. It took a while, but in the end, we made it and that’s the most important thing,” Leno was quoted as saying by Fulham FC late Tuesday evening.

With the 2022-23 Barclays Premier League about to start, the Cottagers, coached by Marco Silva, closed their position in goal just a few days before kick off. The question will now be whether Leno will also move directly into the case. If so, a real highlight awaits the supporter who once trained at VfB Stuttgart: a home game at Craven Cottage against Liverpool FC, coached by Jurgen Klopp.

When did Bernd Leno taste international success for the first time?

In 2009, Bernd Leno became a European champion with the German U-17 national team. In 2015, national coach Joachim Lew included the player in the DFB’s senior team as a reserve for goalkeeper Manuel Neuer. A year later he was in a national jersey for the first time in a friendly against Slovakia.

How were the initial days of Bernd Leno’s playing career?

Thomas Muller and Holger Badstuber showed it: The third division is a good stepping stone for talented people who want to make a name for themselves one day and want to offer themselves for even higher tasks.

If the SV Germania Bietigheim youth goalkeeper had come to the game a good eleven years ago, Bernd Leno might just be going to school today and thinking about what life has in store for him. But the goalkeeper doesn’t come and little Bernd, not even seven years old and a midfielder himself, stands between the posts. This game, while it may sound a bit pathetic, changed his life. Because his extraordinary talent for this very special position was evident very quickly.

Three and a half years and many parades later he switched to VfB Stuttgart. At the club’s youth day, he introduced himself along with a few hundred others born in 1992. Persistent, ambitious, and talented as he was, he managed to be invited to the training camp. Then he came back again, and then finally they offered him to switch to VfB. “I’ve always been a VfB fan, so that was outstanding for me,” said Leno. At first, his father drove him there by car, 20 kilometers there and 20 kilometers back.

Bernd Leno: Growing up at VfB

When the VfB-C juniors beat SV Hochdorf 3-0 in 2003, the boy from Bietigheim-Bissingen was in the VfB goal for the first time. From the team of those days, Leno said, he was the only one who still played at VfB. The others were no longer there: teammates, coaches, supervisors. He was.

And at just 18, one in whom great hopes are placed. “He’s the only seeded player,” said VfB coach Jurgen Seeberger before the start of the season, energizing his keeper, who made his debut in the 3rd division against Heidenheim just before Christmas 2009 because two goalkeepers were out at VfB. The game ended at about minus 20 degrees 1:2 from Stuttgart’s point of view, but Leno stayed in the box, even after the change of coach from Geyer to Seeberger. “I could actually still play for the A-Juniors, instead I’ve already played 25 professional games,” he says. “It went really well for me.”

He also attended the Friedrich-von-Cotta School, which is one of the elite DFB football schools. Next summer he wanted to do his technical diploma before he could really start his professional career. But his workload was already very professional: training, sometimes twice a day, lessons, learning. That’s why he used to fall into his bed completely exhausted at night. “These are long days. But you never know how things will go,” he said. “I want to achieve something in football – but even after your career is over, it’s important to get a good degree. I’ll pull through. It has to be. Sometimes you have to struggle.” That didn’t sound like a novice. More like someone who understood what it meant to work professionally.

Jens Lehmann also told him that when Leno was allowed to train “upstairs” last season, he should take every game as seriously as if it were a final. He tried to stick to that. His game with the seniors was also different, he said. “You always have to be wide awake and much more present. You also shout more often and give commands.” The game is faster, more physical, “you have to play more, it’s a kind of a hybrid position”. From time to time he also trained with exercises in the field. Just stopping balls, that alone is not enough.

Back then, Jurgen Seeberger said about Leno that he is “one of our top talents. For his age, he exudes great calm and acts very calmly. If he keeps working hard on himself, he can make it into the Bundesliga”. That’s exactly where he wanted to go, as he said “preferably with VfB”. He didn’t want to think about anything else just yet. Because: “Things can always go so quickly in football – in one direction or the other. At the moment I’m in the best of hands here.”

With his performance, he was also recommended for the national teams of the DFB. A year ago he became European champion with the U17s, albeit as number two behind Marc-Andre ter Stegen from Borussia Monchengladbach. “It was a great experience, just like the U17 World Cup in Nigeria. Nobody can take that away from me anymore,” he said. Nevertheless, it is difficult to really feel like a European champion after sitting on the bench for the entire tournament. But he digested it: “You don’t become a professional in the U17s, you only do it later,” he said. And worked every day to become number one.

Did Bernd Leno benefit from his time in the third division of German football?

In the U19 friendly against the Netherlands in Groesbeek, he played 90 minutes, had to get behind him twice when it was 2-2, but was still quite happy with himself – and hoped for more tests. “It could be an advantage that I play regularly in the 3rd division and can show myself,” he said.

In any case, U19 national coach Ralf Minge was full of praise for his protege, whom he observed last season when he was still coaching the DFB U20. “His performance in the 3rd division was absolutely amazing even then and he continued this development at the beginning of the season and proved himself,” said Minge. “He is characterized by enormous sovereignty because he acts very calmly. He is another great talent in the goalkeeper position, in which we have a great tradition and future in Germany anyway.”

Tradition and future of the German goalkeepers – did the F youth goalkeeper of SV Germania Bietigheim think of that when he just didn’t show up for the game at the time? “I don’t think so,” says Leno. “But it’s really good that it happened like this.”

How did Bernd Leno contribute to Arsenal in the League Cup?

Liverpool’s first chance for the title was gone. The team of coach Jurgen Klopp failed in the League Cup at Arsenal. Mesut Ozil received an unmistakable message that evening.

The German goalkeeper Bernd Leno gave Arsenal a victory in the League Cup round of 16 at English champions Liverpool. The former Leverkusen player was the match winner at Anfield in a 5-4 penalty shoot-out with two saved shots. It was 0-0 after 90 minutes.

Leno saved Divock Origi and Harry Wilson’s penalties while Liverpool goalkeeper Adrian was only able to save against Mohamed Elneny. The Gunners took revenge just three days after losing 3-1 in the league game to the champions.

“Bernd Leno was really good. When we needed him, he was there,” said Arsenal coach Mikel Arteta: “You need a top individual performance to win at Anfield.” And Leno showed that with two saves on penalties. Arteta: “I really believe in Bernd. I know him very well.”

However, Liverpool coach Jurgen Klopp and his opponent Arteta had mixed up their teams. Which in turn was an unmistakable sign of Mesut Özil. The League Cup is considered the least important of the many competitions, so coaches like to use it to rest stars and give reservists a chance to show themselves.

How much did Fulham FC pay Arsenal for Bernd Leno?