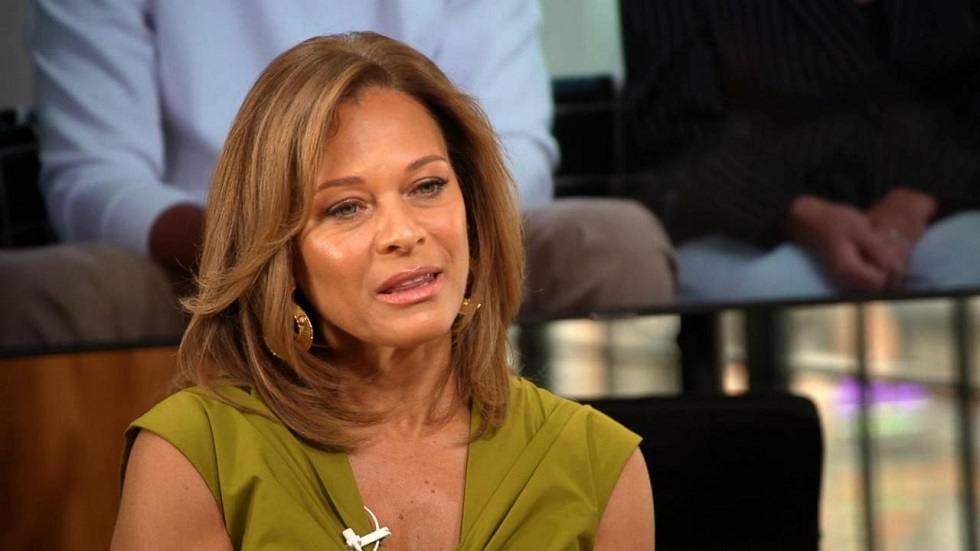 Standing at 6ft 3 inches, Steph Curry is widely regarded as one of the greatest point guards of all time. Off the court, the Golden State Warriors player is known for his deep Christian faith as well as his impressive charity work. But Sonya Curry explained in her book, Fierce Love: A Memoir of Family, Faith, and Purpose, that she got pregnant with Golden State Warrior’s Steph Curry after already having an abortion in high school.

“God had a plan for this child,” she said. Wardell Stephen Curry II would not have existed if it had not been for “the Spirit was interceding at that time in a way that I didn’t even know was happening at that time”, Sonya revealed in a podcast as well. According to her book, she felt the Holy Spirit move as she was about to enter a Planned Parenthood clinic. Dan Dah Dah! The suspense lingers. Let’s look at why Sonya Curry felt this way, and what her gut instinct was telling her on a fateful morning.

Why Did Sonya Curry Want To Abort Her Son Steph Curry? A Breakdown!

A revealing new book reveals many secrets about Sonya Curry’s relationship with her son. In her podcast, she recently looked back on when she was pregnant and then thought of abortion.

You could also say that God had Sonya’s best interests at heart. The basketball player’s mother has now been able to share her story with many others, perhaps inspiring them to make tough decisions in their own lives.

“I wrote Fierce Love to share my story, testimony, and experience so others can find strength and purpose in their own journeys,” Sonya said in a statement to People. “I want to encourage others to pray continually, live intentionally, love fiercely, and laugh every day!”

Trusting God After Her Sad Past:

“There are consequences for our decisions. But… we shouldn’t live forever in shame and judgment. And the only person who can really give us that peace of mind is God. And He waits. He’s here to do it”, said Sonya during a podcast.

Because of this attitude, Sonya Curry was able to just trust in a higher power or a higher purpose to go ahead with her pregnancy with Stephen Curry.

A Radford native, Sonya grew up in an unprivileged African American community but was a gifted athlete. She played at Radford High, the volleyball and basketball teams won two state titles with the latter, and also participated in state level hurdles and relay teams. After graduating from high school, Sonya was recruited to play volleyball at Virginia Tech where she met the NBA star, Dell Curry.

After she became a first-time mom, Sonya became a pillar in the family:

Sonya Curry couldn’t be more proud of her athletic family with two sons in the NBA, a daughter who plays volleyball, and her husband who is a former NBA star.

Sonya’s three children have already expressed their love and support for her new venture as she co-hosts the Raising Fame podcast and released her book: Fierce Love but it was her daughter Sydel who added: “I can’t wait for everyone to meet my mother through her powerful story. My mother has been such a pillar for our family”.

Sonya founded the Christian Montessori School of Lake Norman in 1995. The school is located in Huntersville, North Carolina. She was a full-time educator and mother, and her three children went to school with her.

‘I never really thought about what I was doing,’ Sonya confessed to ‘Today’ about those turbulent times in her life. Stephen, Seth, and Sydel were all in extracurricular activities in the evening, and they all followed her strict lines, as she describes herself as the disciplinarian. The blue-eyed beauty once recalled not allowing Stephen to play a college basketball game because he hadn’t done his chores the night before. ‘It’s not my job to do everything for everyone,’ said Sonya Curry who is still very influential.

Love for God, and a calling for trusting his plan:

For Sonya, it was also important to instill in her children a structure where God was first, family second, and work or school second. When asked what the two things she was most proud of as a mom, Sonya mentioned raising her children “in the way of the lord” and “emphasizing family first.”

Using Her Past To Help Her Children Find Their Purpose:

According to Sonya, Seth and Stephen have always been passionate about basketball, and they showed interest in her from a young age. They would go to their father’s games, sit and watch, unlike the other children who were restless and looking for snacks. They also watched games at home and studied sports, but Sonya and Dell didn’t want to set expectations on the boys, they wanted them to find their purpose.

For Stephen, who was severely underappreciated as a player and didn’t get offers from big colleges, Sonya’s advice to write his own story helped him overcome his fears of failure, perhaps using her own dark experiences as a litmus test for learning.

Today, Sonya can say that one of her sons, Stephen, is a two-time NBA MVP, six-time All-Star and three-time NBA champion while her second son Seth, played with the Portland Trail Blazers and the Dallas Mavericks.

In addition to raising successful children, Sonya founded and ran the Montessori Christian School of Lake Norman in North Carolina, and she currently co-hosts the Raising Fame podcast. In her book, she talks about all these life experiences.

“Curry tells her story for the first time in Fierce Love, beginning with her childhood in rural Virginia and traversing the peaks and valleys of an incredible life – from raising her immensely gifted but sometimes stubborn children, to becoming an educator and founding a Montessori school, discovering a deep and vital spiritual connection to her faith,” reads the description of the book.

Today, Sonya Is Still Her Children’s Teacher And Biggest Inspiration:

Now, at 53, Sonya is known as the matriarch of the ‘NBA Royal Family’, still cheering on her sons in the stands, spending time with her grandkids, and making sure to keep the family in line. But she was always like this.

“From the beginning, my mother has been a rock of encouragement, faith, discipline, and gratitude to me and my siblings,” Stephen Curry said in a statement.

Seth also fondly recalls his mother’s guidance when they were children. “My mom was always the one who challenged us growing up,” the Brooklyn Nets player explains, according to the press release. “You can see her greatest qualities in all of us”.

In an edit for the Players Tribune written in 2014, Stephen recalls one particular night after a high school game where he thought he had ruined his chances of becoming a professional player. He was sulking in his hotel room, and then Sonya gave him what he considers to be the most important speech of his entire life: “NO ONE can write your story but you. Not a few scouts. Not a tournament. Not those other kids, who could do better or better…..So think carefully. Take your time. And then you are going to write what you want to write. But just know that this story – it’s yours”.

Stephen took the advice to heart, and whenever he feels disrespected, snubbed, or underappreciated, he remembers those words.

Sonya Curry Is Grateful For Her Life Decisions, Including Divorce:

According to Curry’s mother, she said she used religion during this difficult time as she went through a very public divorce from her ex-husband.

It’s been a year since they announced they were ending their relationship. It seems that their separation is not going well for both of them, as their divorce has constantly been in the news.

Asked to share her experience of dealing with a difficult time, the host asked what advice she would give to women who have spent their lives raising children and creating beautiful families. They are in a new condition when they reach the age of 50 and realize that everything they have done in their life is gone.

Sonya responded by expressing her thoughts, “I think I would say just take a deep breath and exhale. It’s OK. This phase is over, another phase is coming. Then she said something more profound: “Just breathe and wait.”

Sharing the information with People Magazine, they first confirmed the news. “After exploring a tentative separation over the past year and after careful consideration, we have decided to end our marriage. As this comes with much sadness, our goal and desire is the continued happiness of our family,” Stephen’s parents said in their statement.

Despite The Divorce, Her Focus Is On Her Grandchildren:

Sonya and her husband Dell shared 33 years of happy marriage, but that saga ended a year ago. There have been many reports regarding their relationship. Staying positive at this stage is difficult given all the circumstances. But Sonya Curry seems content being a grandmother.

As we all know, Stephen is married to actress and celebrity chef Ayesha Curry, with whom he shares three children: daughters Riley and Ryan, and son Canon.

Her second son Seth married professional volleyball player Callie Rivers (sharing the same passion as his mother) in 2019. They share a daughter, Carter, who was born in 2018. Sonya Curry’s daughter Sydel is married to Golden State Warriors player Damion Lee and they still have no children. When asked what other dreams she has for her children, the grandmother of four only asks: ‘More grandchildren, that’s all I need.’