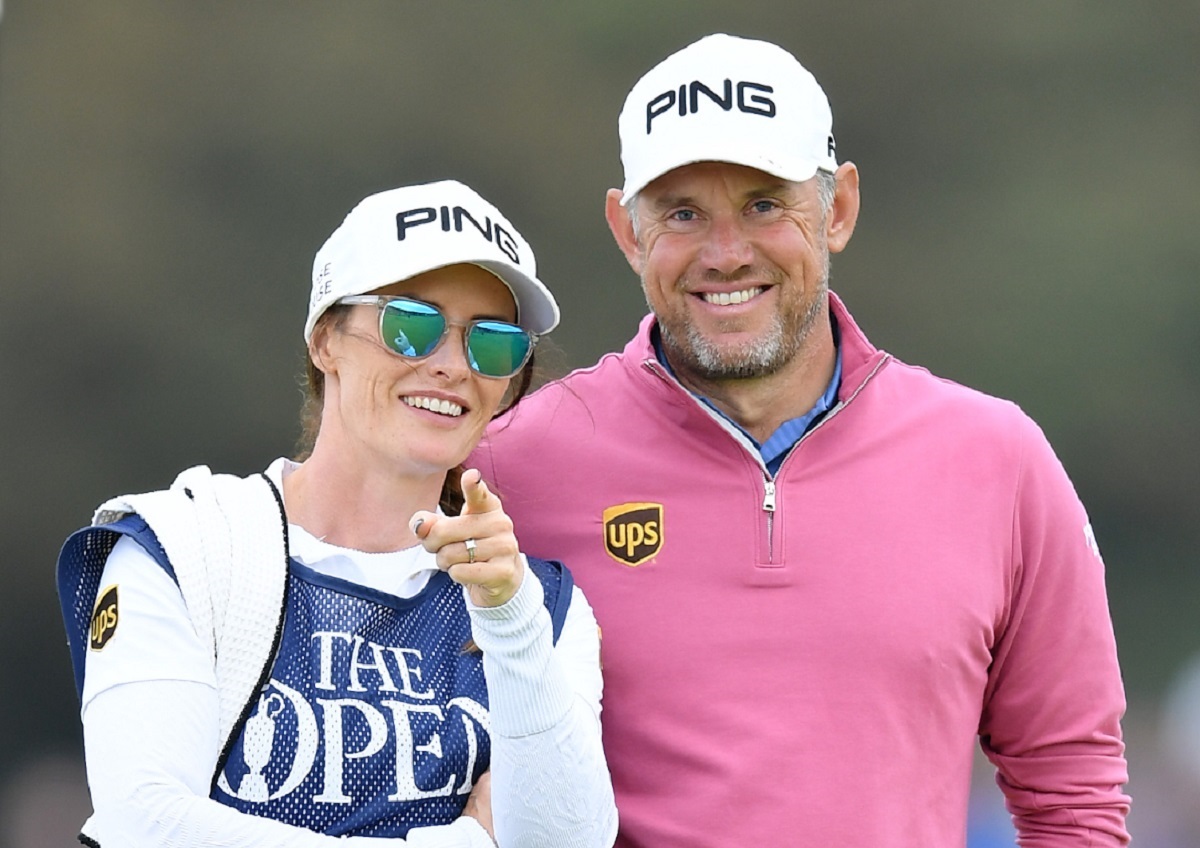 Former world number one Lee Westwood is one of the most recognizable golfers in the world. The golfer extraordinaire’s wife and caddie happen to be Helen Storey, a lady he met while playing professionally. With that being said, let’s look at these things about Lee Westwood’s wife Helen!

Get To Know Helen Storey Lee Westwood’s Wife In 8 Facts!

After enjoying a stellar 2021, in which he finished runner-up at The Players Championship and the Arnold Palmer Invitational Lee said his i-do’s to his wife and caddie, Helen Storey.

Helen, who is from Newcastle and a fitness consultant, married Lee in Las Vegas a week prior to the US Open. This was right after  a great run of tournaments at the Arnold Palmer Invitational and The Players Championship in 2021.

In 2021, following their wedding announcement Westwood spoke at a US Open press conference, Westwood said: “This week’s going to be new — it’s going to be husband and wife. She might kind of give me the elbow a bit more often, but it’s a very relaxed relationship anyway. We just enjoy ourselves, trying to have a good time out there.”

When the golfer was questioned if the tournament at Torrey Pines counted as the honeymoon, the man joked with a light hearted response saying: “Should do, shouldn’t it? I keep telling her that, but I think she’s got her eye on somewhere where I don’t take the golf clubs.”

2. They linked up through family connections:

It is believed that in late 2015, through Westwood’s friend, Graham Wylie, Lee and his future caddie Helen Storey met. The pair got together with Graham Wylie not to play golf but to meet family since Wylie is married to Helen Storey’s sister.

Helen’s sister is the owner of the Close House Golf Club in Newcastle, where Westwood was linked previously.

3. Lee and Helen were amazing at the 2018 Nedbank Challenge:

Westwood and Storey celebrated at the 2018 Nedbank Challenge after their biggest win together when Westwood picked up his 24th European Tour title. Even before the Nedbank Challenge, you could spot the pair working beautifully as Storey is now seen regularly caddying for her husband, taking up the bag at the 2018 Made in Denmark tournament prior to the Ryder Cup.

Lee and Helen have such an amazing connection that Bryson DeChambeau described Storey as Westwood’s “secret weapon,” at the 2021 Players Championship.

Bryson DeChambeau also added that: “I think Helen is a big part of his (recent) success. She’s keeping him steady and level-headed and she’s a rock. Keeps his mind focused on the right things, and she’s been awesome for him, and that’s one of his secret weapons, I think.”

4. Helen Storey was a former golfer:

At the 2022 Players Championship, Helen Story took part in the annual caddie competition where each caddie has one swing on the famous 17th hole. The competition dedicated to donating money shone a light on Storey being actually a pretty good golfer herself.

Storey, who is a caddy on regular days, would hit the green on the 17th hole, earning the applause of the watching crowd, as well as positive comments from fellow professionals online. As well as caddying, she is a wonderful attraction for fans!

Lee Westwood and his caddie/wife Helen Storey have been working as a team for about 4 years. Helen, who has been carrying Westwood’s bag, is so supportive of her golfer husband. They are called the royals because they are both from England, and currently hold the title of golf’s royal couple.

Westwood’s caddie, Helen Storey, who doubles as his wife, often points out how the bag weight determines if a game is going well.

“It’s quite easy for me, I work out nearly every day but the bag is heavier when we’re not having such a good day. When we’re having a great day, it’s really light and it’s a lot of fun.”

7. Helen is often compared to her stronger male counterparts:

Helen who is 45 years old in 2022 neither asks for nor receives any special treatment. For example, her bag isn’t extravagant – it is a standard Tour bag, weighing 40 pounds, and weighs even more thanks to some of Lee’s personal items he sticks in a pouch of which Helen said, “I really want to ditch sometimes.”

But standing up for her is Westwood, only 3 years her senior who said: “I couldn’t do it,” talking about his wife’s stamina after his even-par 70 Friday at the Honda Classic.

“I walked around Augusta last year, it’s so hilly. I came out of it worn out. She’s up and down the hills. She’s a fit lady.”

8. What is Helen Storey’s height?

Helen and Lee are making headlines so often that people google Lee’s wife. The 45-year-old is often searched on Google for her height. Thanks to her experience with working out daily, she stays slender as she lifts weights, does CrossFit, “anything to make me strong. I’m not in it to be skinny”, said Helen who is 5-foot-8 inches tall.

Is Terrel Williams Still Getting Threats After Paralyzing Prichard Colon?