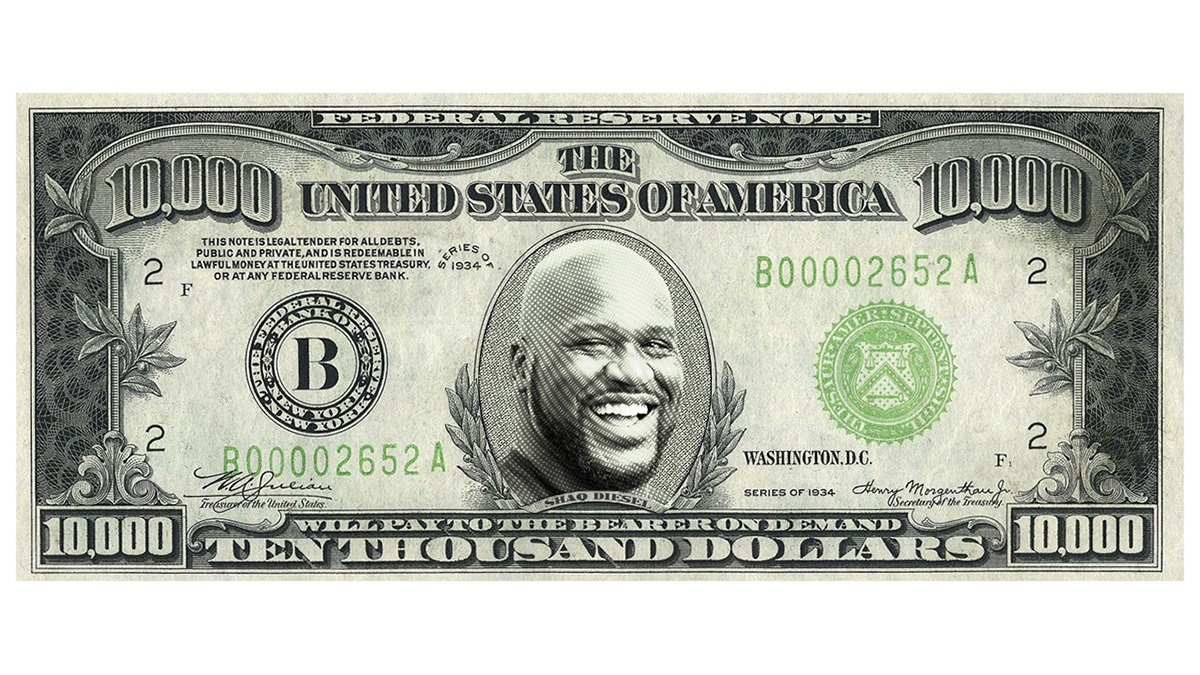 There are not many athletes who have left a bigger mark on society and pop culture than Shaquille O’ Neal. Known predominantly as Shaq, he dominated the NBA hardwood during the 90s and early 2000s. However, Shaq has done a lot more than just playing basketball. He has had platinum rap albums, movie roles, tv shows, and numerous other things. The big man has lived a life worthy of his size and built a large net worth. In this post, we will find out more about Shaq’s net worth and how he built it. Let’s get started.

Shaq Net Worth: All You Need To Know

Shaquille Rashaun O’Neal was born in Newark, New Jersey, on March 6, 1972. Educated at Louisiana State University, he was drafted in 1992 by the Orlando Magic, where he stayed until 1996. He signed with the Los Angeles Lakers after that. He was on the Californian team until 2004. After that, he went to Miami. After four seasons, he went to Phoenix, where he played for one year. He spent another season in Cleveland and the last season of his career in Boston. He won four NBA titles and averaged 23.7 points, 13 rebounds and 2.3 blocks during his career.

To speak of Shaquille O’Neal is to speak of a full-fledged Hall of Famer. He was a true force of nature that dominated the NBA for many years throughout his career. Since the time when the Orlando Magic selected him number one in the 1992 NBA Draft, Shaq took the league by storm and ushered in an era of sheer physical dominance that hasn’t been replicated since.

Let’s face it; it is very difficult to forget Shaquille O’Neal, but if anyone has, suffice it to say that he was the most dominant center in the NBA during the last half of the 1990s and the first half of the 2000s, fourth-time NBA champion the NBA, three times MVP of the finals, once MVP of the tournament, fifteen times All-Star, and all this, surrounded by a very media profile, seasoned with appearances in the world of cinema or music.

He retired in 2011 with the Boston Celtics, the last of the six teams he played for. O’Neal is a very versatile guy. Since his time in Orlando, he has had real estate businesses. In addition, he is the director of a social video network called Tout and hosts a television show called Upload with Shaquille O’Neal, in which he reacts to humorous Internet videos.

How much of a beast was Shaq on the basketball court?

Shaq was a real center. Played with his back to the basket and absolutely annihilated his defenders. A true behemoth of 2.16 and 150 kilos, with size 22 shoes, but with impressive conditioning and mobility that is not common in someone his size. His rivals literally stepped aside as he dribbled past them.

Few had the guts to engage him physically, and only the most daring had the courage to pummel him when there was no stopping him. They hung on him, also literally, but even that didn’t work. O’Neal was intimidating on both ends of the floor, and his 13 straight seasons, the first 13 he played in the NBA, averaging 20+ points and 10+ rebounds speak for themselves. No one had ever done it before.

‘Superman’ played a total of 1,207 games in the NBA, scoring 28,596 points throughout his career in the League. A figure that places him as the eighth leading scorer of all time, behind Kareem Abdul-Jabbar, Karl Malone, LeBron James, Kobe Bryant, Michael Jordan, Dirk Nowitzki and Wilt Chamberlain. Shaq scored all these points despite the free throw line being a real Achilles heel for him. He only averaged 52.7% on free throws, missing 5,317 of the 11,252 he attempted (6,466 missed free throws if you count the playoffs).

Shaq’s 23.7 points, 10.9 rebounds and 2.3 blocks during his 19 years in the NBA put him among the league’s super elite, not to mention his impressive 23.4 points and 13.9 rebounds as a rookie. In all his years as a professional basketball player, he led the NBA in field goal percentage 10 times, a record in the competition. The whopping 58.2% he posted to close out his career was the second-best mark of all time for someone with at least 2,000 shots, trailing only Artis Gilmore.

What is Shaq’s net worth?

Shaquille O’ Neal’s net worth of $400 million suits a man of his size. He earns over $60 million annually from his businesses, which is more than four times his highest annual salary in the NBA. Ever since he blew his first million dollars in a day, Shaq has been very wise with his money and has built a large net worth with smart business decisions. He is also known for his philanthropy and is frequently seen buying things for strangers in supermarkets.

What are some ways in which Shaq has built his net worth?

The biggest contributor to Shaq’s massive net worth is definitely the salary he earned during his time spent as an NBA player. He earned over $300 million during his NBA career and is one of the highest paid players of all time.

This is surely what comes to the mind of the fans who weren’t old enough to watch during his playing days. Presented alongside Ernie Johnson, Charles Barkley and Kenny Smith on TNT’s superhit show Inside The NBA, his Shaqtin’ A Fool segment has become a weekly NBA “highlight”.

NBA analyst Shaquille O’Neal brings his humor and quirky side to Ernie Johnson’s show. And on a TV set, rest assured, Shaq remains Shaq, as evidenced by some memorable falls and scenes.

We have known it for a few years now, the Shaq appreciates being in front of the camera. He has acted in no less than 18 films (Scary Movie 4 or Uncle Drew for example) since the start of his acting career. Most often, Shaquille O’Neal plays himself in the films in which he participates. This also allowed him to make numerous appearances in television series where, as for feature films, he is most often called upon to play the Shaq.

Like Damian Lillard today, Shaquille O’Neal was also the type to take the mic. However, Shaq Fu, as he called himself as a rapper, was surely the most successful NBA player in terms of commercial success. His first album entitled Shaq Diesel will be a real success and will become a platinum disc (more than a million copies sold). He will also place 6 titles on the US Billboard, in particular thanks to collaborations with Ice Cube or Method Man. A great friend of The Notorious B.I.G., Shaq had performed a song with the US rap legend named Can’t Stop The Reign. When the rapper died in 1997, the basketball player was present at the party where he was shot.

After rapping during his basketball career, Shaquille O’Neal decided to stay in music, but behind the turntables. Participating in Tomorrow World in 2015, the American cousin of the European Tomorrow Land, he calls himself DJ Diesel in the middle. In 2018, he even made a tour across the United States with about fifteen dates planned. Nevertheless, this passion does not date from yesterday, since DJ Diesel rounded off the end of the month when he was in high school or university by performing concerts. Even funnier, it was filmed in the middle of a pogo session in the crowd of Tomorrowland 2019, in Belgium. So much fun, the video went around the world in just a few hours.

If you thought that was all, you are very far from the truth. A great WWE fan, Shaquille O’Neal has made several appearances on the company’s television shows. We saw it in particular during one of the biggest annual events (WrestleMania). A year later, he should have even faced the Big Show, one of the most emblematic wrestlers in the sport. This fight unfortunately never reached fruition as Shaq had other obligations.

Apparently, combat sports appeal to the Shaq. Particularly adept at MMA, he said he wanted to face a respected opponent while his NBA career was not yet over. Finally, he will be entitled to his fight against Forrest Griffin. The 39-year-old American is a big name in the UFC, including a light-heavyweight champion belt in 2008. His fighting moniker is Big Chicken Shaq.

The Big Cactus had his own show called Shaq Vs. where he competed against the best athletes in the world in their respective sports. For example, he will have completed a swimming race against the American swimming legend Michael Phelps or a boxing match against Oscar de la Hoya. The height difference with the boxer was quite hilarious to see in the ring.

You read correctly, Shaquille O’Neal wanted to become a police officer, and not just anytime: when he was still playing basketball. He even achieved this by being a reserve officer when he was in Miami and Los Angeles. Later, he will even become a part-time officer in Orlando. Shaq is not a policeman who arrests criminals, but more someone who is close to the community and who tries to help children in complicated situations. He had announced that he wanted to run to be sheriff of Henry County, Georgia, starting in 2020.

Apparently, the former Lakers player hasn’t had time to get bored in his life. Another passion for Big Shaq, which has a nice little history with video games. Present on several game covers during his career (2K6, 2K7, 2K18 but also NBA Live 96), he will then be the star of the game Shaq Fu which will have nothing to do with basketball (fighting game). He will also be a special character in the game Ready 2 Rumble 2 and more recently UFC Undisputed 2010 as an MMA fighter.

How was Shaq as a teammate?

Some say that Shaquille O’Neal always needed one more star on his team to win titles. In the three rings he achieved with the Los Angeles Lakers he had Kobe Bryant with him and in the one he achieved with the Miami Heat he had Dwayne Wade (his duo with Penny Hardaway in the Orlando Magic did not have the success that many would have liked).

However, the numbers once again have a lot to say. With the Los Angeles Lakers, he recorded 35.7 points and 14.9 rebounds in the three Finals that he played (three rings and three MVPs of the series for the title). In his eight seasons with the Lakers, he was the team’s leading scorer five times.

What are some of the records held by Shaq?

The list of NBA records held by Shaq is as large as the man himself and stating all of them will make the article unimaginably long. Even so, we are going to try to collect the loudest or the ones that most influenced his success:

How did Shaq change the NBA’s rules?

The dominance and power of Shaquille O’Neal forced the NBA to modify some of its rules and create some that did not exist until Shaq began to dominate the NBA hardwood. To begin with, the structure of the baskets used in the competition had to be redesigned so that ‘Superman’ would not break them over and over again. And to continue, the NBA considered penalizing the so-called “Hack a Shaq” tactic, which consisted of purposely fouling the mammoth center to send him to the free throw line, where there was a good chance that he would fail, limiting his productivity.

Is Terrel Williams Still Getting Threats After Paralyzing Prichard Colon?