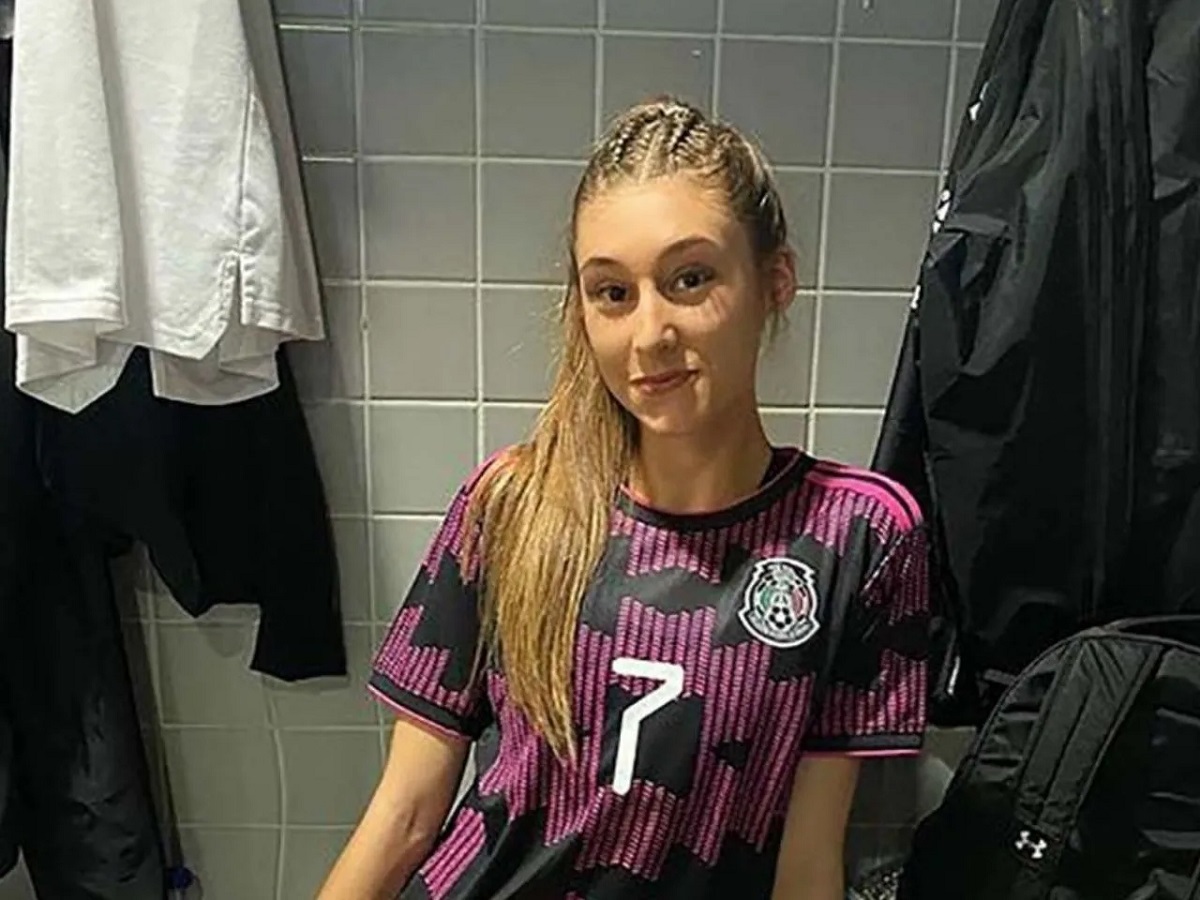 The surname Flores is about to become soccer royalty in Mexico. Marcelo Flores, the young stud who chose to represent Mexico out of three options, has been getting rave reviews from the coach of the senior national men’s team. However, he is not the only person bearing the Flores surname who is making a mark on Mexican soccer. We are talking about the teenage sensation, Tatiana Flores, and in this post, we will find out more about her. Let’s get started.

Tatiana Flores: What We Know So Far

There is a young forward that is causing a sensation among the lower categories of Mexico. This is Tatiana Flores, who is already a talismanic figure on the Mexican National Team and also on Chelsea from England. Still not an adult, Tatiana Flores aims to be an emblematic player in women’s soccer. She does not plan to be out of tune in a family full of soccer players.

Does Tatiana Flores come from a footballing family?

Her father is Mexican, his name is Ruben Flores and he came to play with Atlante. Her brother is Marcelo Flores, a current Arsenal under-23 player, and already somewhat of a star on the Mexican men’s team. Her older sister is Silvana Flores, a player for Tottenham and the Mexican National Team. Although the three siblings have Canadian and English nationality as well, all three chose to represent Mexico internationally.

How has Tatiana Flores’ soccer career been so far?

Tatiana Flores, like her siblings, has only played with the ‘Tricolor’ in the lower categories. While it is not yet a given that they will represent Mexico at the senior level, the odds are very high. Suffice it to say that, at just 16 years old, Tatiana Flores already played with the Tri under-20 and got a ticket for the World Cup in that category. Similarly, she played with the under-17s and replicated the achievement.

Why do the Mexican people love Tatiana Flores?

Tatiana Flores is the name of the young woman who has amazed Mexican soccer fans because despite having a secure position in the England women’s team, she decided to represent the national team.

Tatiana is still not an adult but has already established herself as an attacker in the English soccer club Chelsea, a team where she was able to show all her talent and draw the attention of the British team, in which she came to represent in lower categories. However, her heart was always with Mexico.

Tatiana Flores has played with the Tricolor under-20 and under-17, with great performances in both squads

In England, Tatiana Flores has played for the Chelsea under-16 squad as well. She turned heads at the start of 2022 when she scored four goals in a game against Brighton FC. Her team bets on her, so that in the future she will be a figure in the first team.

Likewise, Tatiana takes advantage of every opportunity she has to show her love for Mexico. In her social networks, she publishes photos with the Mexican shirt, with brief messages which signify her support for the tricolor. Her career is just beginning, but the expectations around her are very high, just like with her sister and her brother.

This is how Tatiana Flores’ career with the Mexican National Team and with Chelsea unfolds.

Is the Flores family providing a lot of players for Mexican soccer?

Mexico is going to ‘flourish’. The Flores family with Marcelo, Tatiana and Silvana is most likely going to be in the mouths of the fans and the media for the next few years.

In the specific case of Marcelo Flores, Arsenal’s Aztec jewel would have already opted to permanently defend the colors of the Mexican national team after announcing this decision to not join the Canadian National Team.

In that sense, it is said that Gerardo Martino would summon Flores during the summer so that he can appear in friendly matches, as well as in Nations League matches.

As for Tatiana Flores, Chelsea’s Mexican striker is breaking through the youth ranks of the Mexican team. Recently, Tatiana played with the Tricolor under 20 and under 17 teams, obtaining the pass to the World Cups of these categories.

In fact, in the under 17 category Tatiana Flores was behind 13 goals, eight scored and five assisted. Of those eight goals, Flores scored two consecutive hat-tricks (against Guyana and the Dominican Republic).

Although she has not had the spotlight of her siblings, Silvana Flores is also on the radar, both of the fans and the media. The Mexican received, along with her sister Tatiana, the ticket to the Under 20 World Cup where we will see them “bloom” with the Tricolor jacket.

The Mexican Under-20 team, Silvana Flores, has a new club, she has signed for Ipswich Town in England, the club itself reported through its social networks.

The eldest of the Flores siblings was part of the main forces of Arsenal and Chelsea, a club where her younger sister, Tatana, still shines.

After a couple of short stints at Reading and Tottenham, she finally decided to continue her career with the ‘Blue’ side of the English Second Division.

Silvana recently got the ticket to the U-20 Women’s World Cup along with her sister Tatiana, after beating Canada in the Semifinals, although they fell in the final match against the United States.

The young and bright soccer player, Tatiana Flores, has started 2022 in the best way. The Mexican is at Chelsea U16 and on this matchday, she was one of the key figures in Chelsea’s thrashing of Brighton FC.

Tatiana only had to play 60 minutes to show her quality and skill with the ball. The footballer started the match in the starting 11 and had a brilliant performance. Flores managed to score the first goal in the 16th minute.

Tatiana Flores, who decided to represent the Mexican National Team, instead of the Canadian National Team, already has several minutes in the Mexican national team. The soccer player who contributed half of the goals of the Azulino marker showed that she had power when it came to creating and finishing the play.

The young woman follows in the footsteps of her brother Marcelo Flores, who plays for the Arsenal U23 squad and began to stand out with his brilliant game. The striker wanted to establish himself in order to gain a foothold in one of the great teams in the Premier League. Both are forging their career in the top flight of English football, quite possibly the most competitive soccer league in the world.

Led by Tatiana Flores’ incredible performance, Chelsea’s women’s squad crushed Brighton with a 7-0 win. After this victory, the team is in second place in the table with 18 points behind Arsenal, its greatest rival in sporting terms.